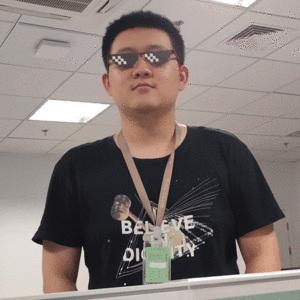 Multivariate time series forecasting has attracted wide attention in areas, such as system, traffic, and finance. The difficulty of the task lies in that traditional methods fail to capture complicated non-linear dependencies between time steps and between multiple time series. Recently, recurrent neural network and attention mechanism have been used to model periodic temporal patterns across multiple time steps. However, these models fit not well for time series with dynamic-period patterns or nonperiodic patterns. In this paper, we propose a dual self-attention network (DSANet) for highly efficient multivariate time series forecasting, especially for dynamic-period or nonperiodic series. Experiments on real-world multivariate time series data show that the proposed model is effective and outperforms baselines.

We conduct our experiments on a large multivariate time series dataset, which contains the daily revenue of geographically close gas stations. Data visualization analysis is performed to ensure that the data set does not contain distinct repetitive patterns. Please check the paper for the details of the experiment settings and further analysis.

To justify the efficiency of our architecture design, we conduct a careful ablation study. Specifically, we remove each of the components one at a time in our DSANet model: 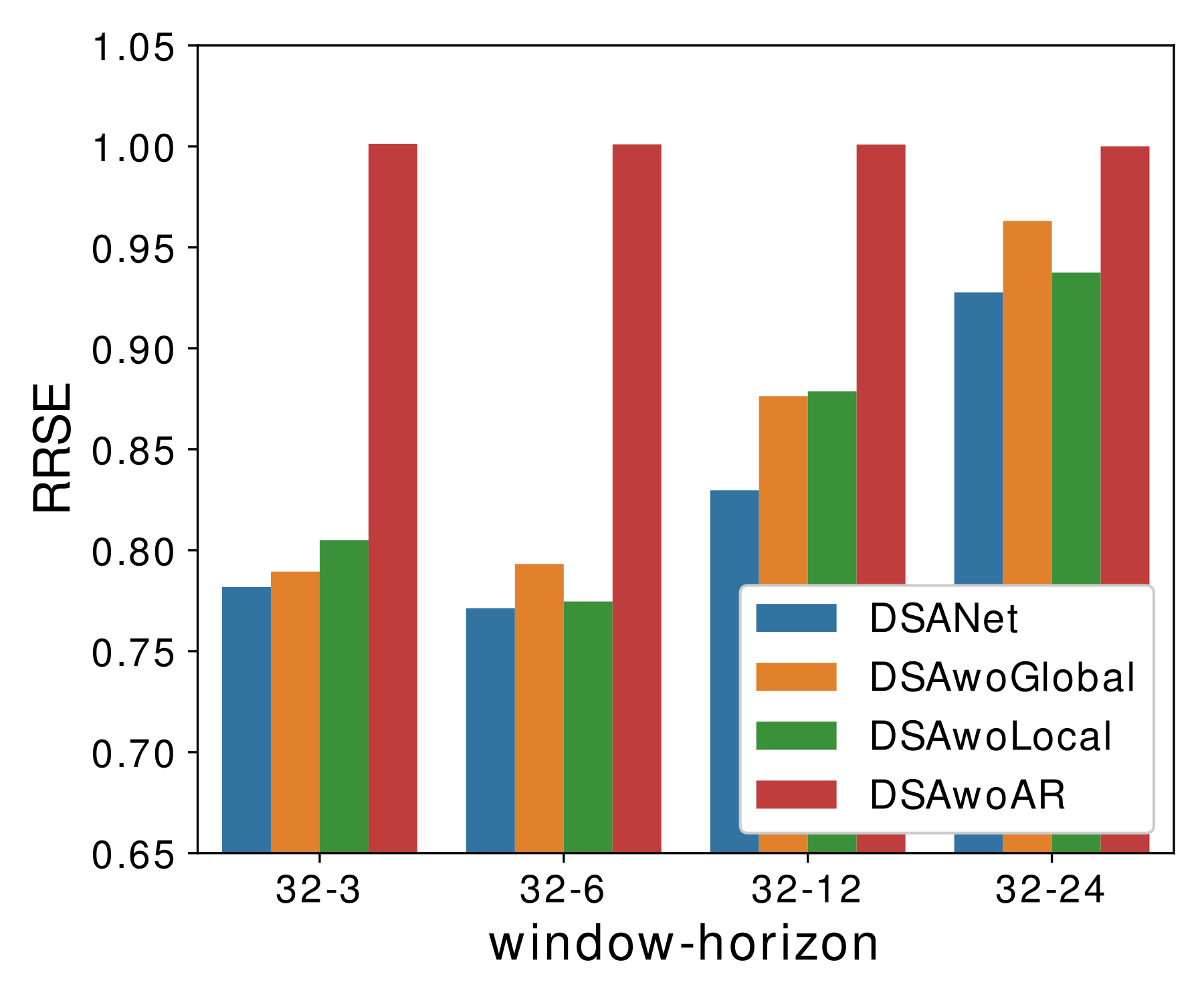 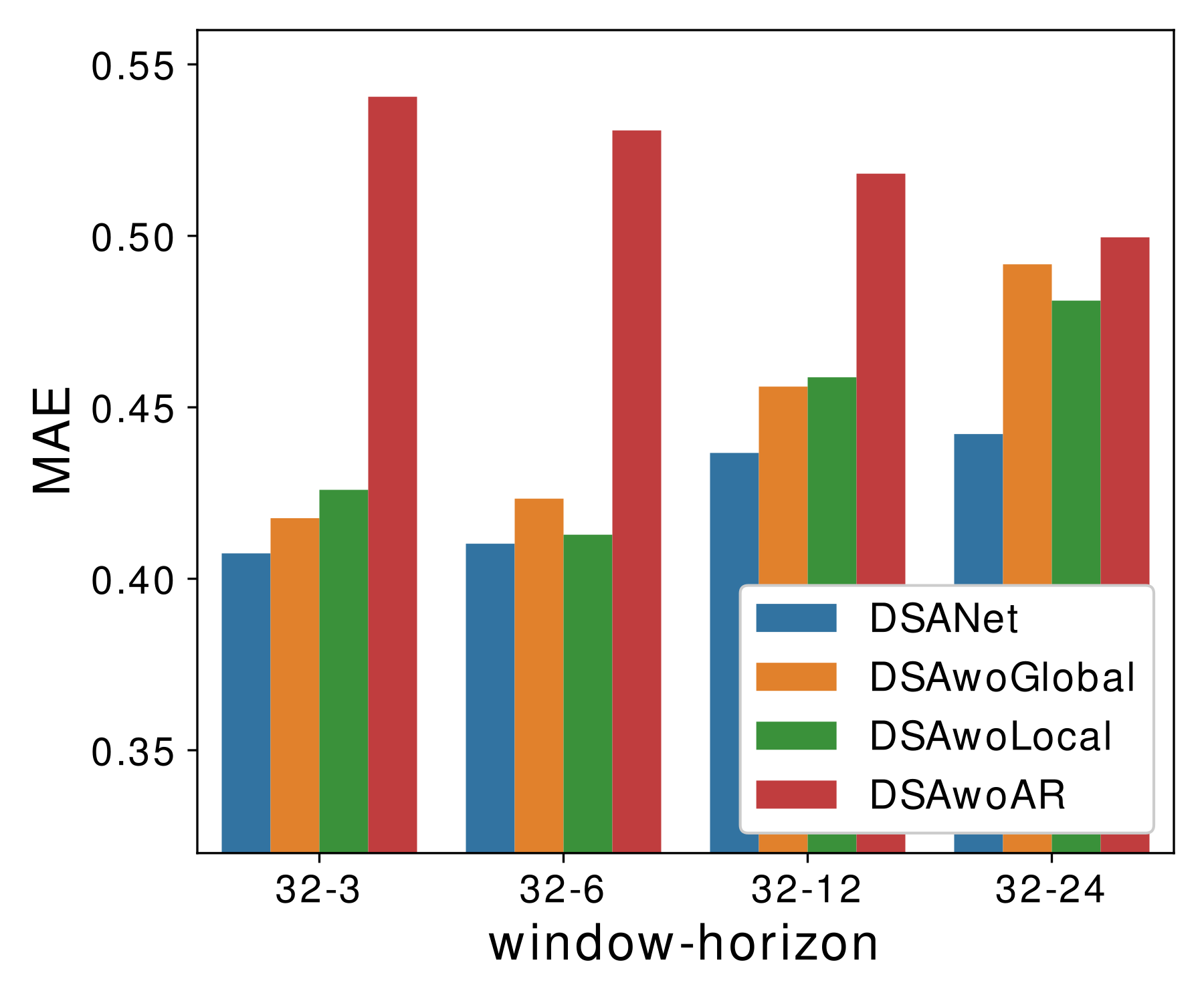 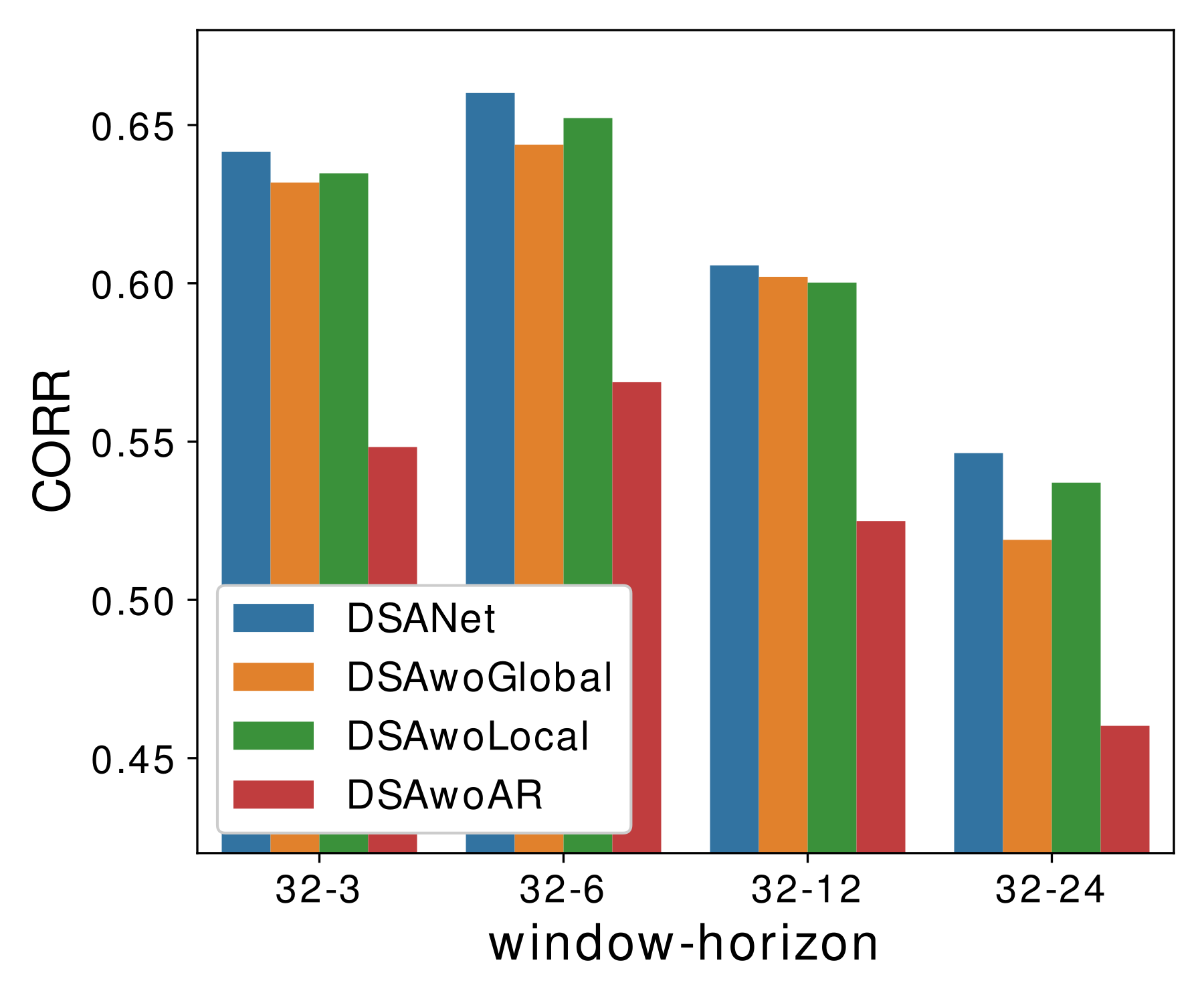 We first consider statistical linear methods for multivariate time series. Here, the vector autoregression (VAR) model is widely considered as a baseline method, which generalizes the univariate autoregressive (AR) model by allowing for more than one evolving variable. To model non-linear relationships, some variants of the autoregressive model are used, such as LRidge, LSVR and Gaussian process (GP). However, they assume certain distribution or function form of time series and fail to capture different forms of nonlinearity.

If our paper and codes are helpful for you research, please cite our paper: